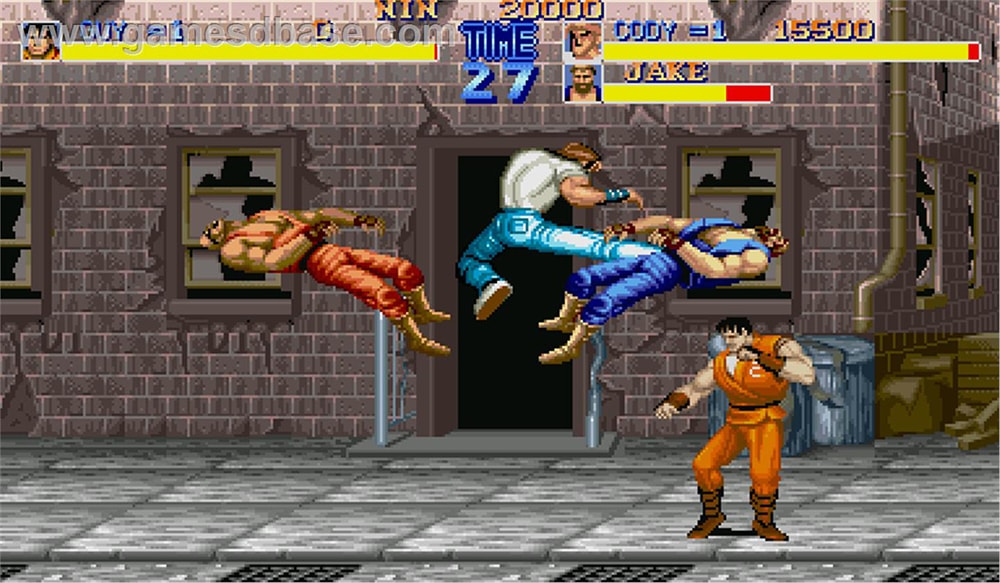 Final Fight is a side scrolling beat-?em-up arcade game that was produced by Capcom in 1989. The game takes place in a place called Metro City where you play as one of three characters: Mike Hagger (a former pro wrestler), Cody (his daughter?s boyfriend) and Guy (Cody?s best friend). The goal of the game is to defeat the Mad Gear Gang and rescue Haggar?s daughter Jessica.

The only composer officially credited for the soundtrack for this game is Yoshihiro Sakaguchi although several other composers including Yoko Shimomura helped with the music.