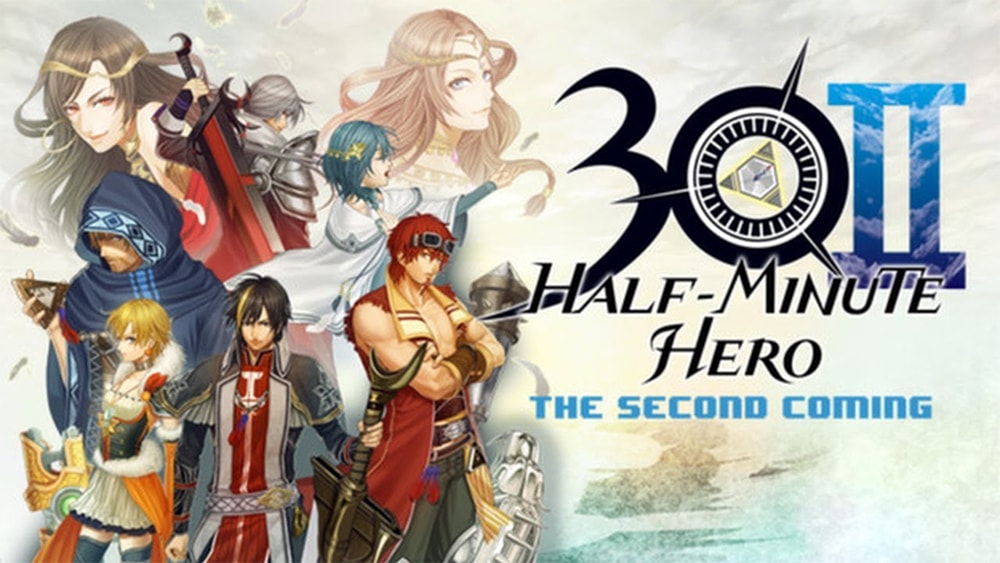 Half Minute Hero: The Second Coming is the sequel to the PlayStation Portable (PSP) game Half Minute Hero. It was developed by Opus, published by Marvellous and released in Japan on August 4, 2011. The game was later released on Steam in English on April 4, 2014.

The the previous PSP game The Second Coming?s gameplay takes place is 5 minute episodes. You have 30 seconds until you?re killed but you?re able to rewind time thanks to a Time Goddess in exchange for various amounts of gold. Your goal is to complete various objectives and ultimately defeat the boss as quickly as possible.

The sound track features a huge collection of 24 different composers including 2 songs composed by Yoko Shimomura.

Track 32,?Intro of THE GOD 9: Composed by Yoko Shimomura

Track 33,?Battle of THE GOD 9: Composed by Yoko Shimomura