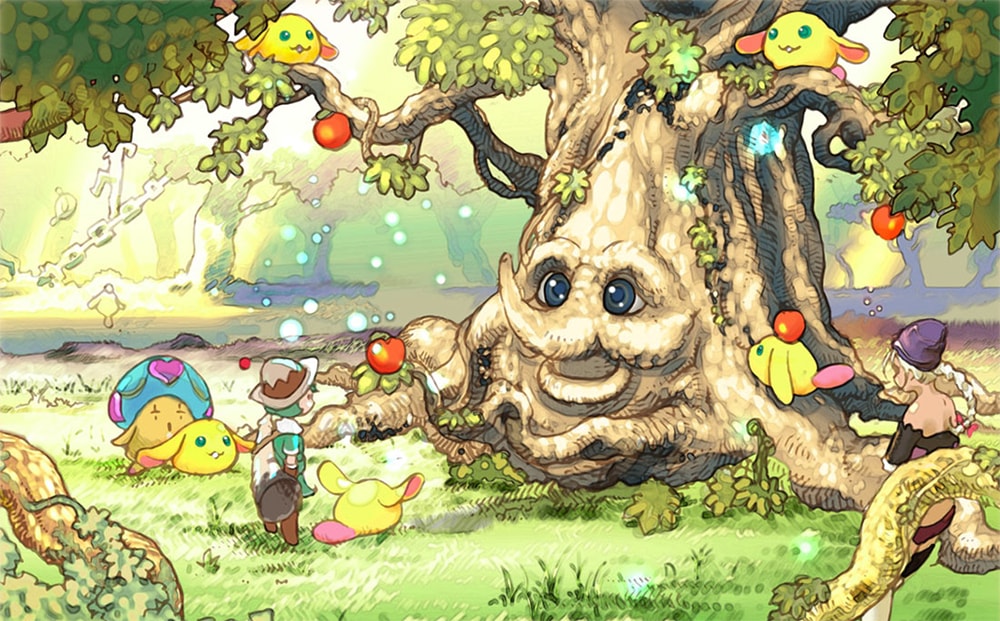 Heroes of Mana is a real-time strategy RPG that was developed by Brownie Brown and Square Enix for the Nintendo DS. It was originally released on March 8, 2007 in Japan.

Heroes of Mana is different for the other games in the Seiken Densetsu (Mana) series because it involves collecting resources and building units to defeat enemies like a traditional real-time strategy game. The game makes use of the two screens on the Nintendo DS showing the battle on one screen and a map on the other.

Unfortunately the game was not a commercial success due to it?s plot, very different gameplay style and poor ai for the individual units.

The soundtrack of the game is mostly orchestral with a bit of a tribal rhythm in some tracks. The music was composed by Yoko Shimomura and 3 songs from this game?s soundtrack were later re-arranged and included in the album Drammatica: The Very Best of Yoko Shimomura in 2008.