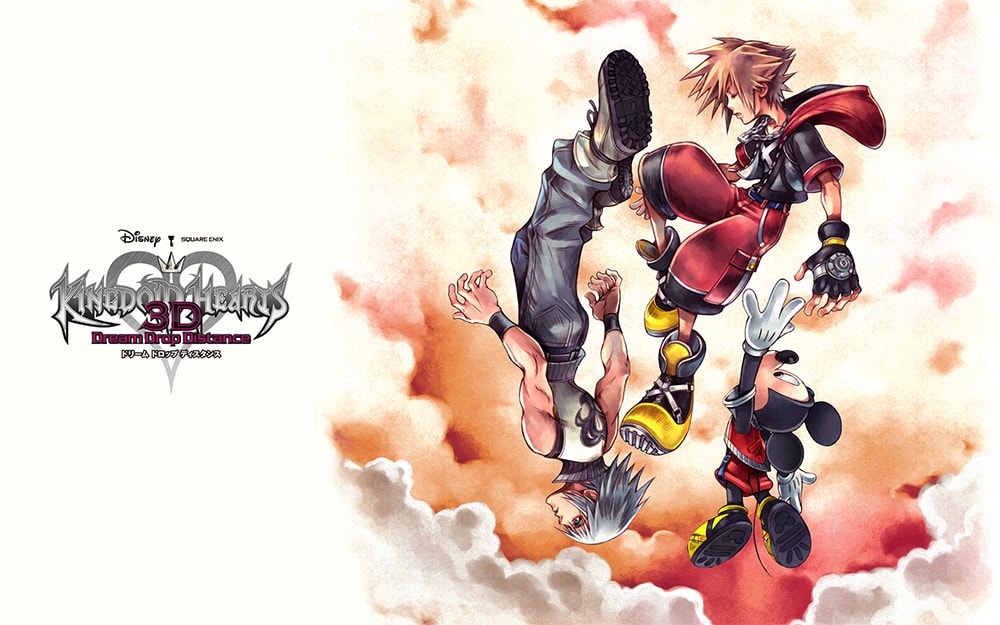 Dream Drop Distance was released exclusively for the Nintendo 3Ds in Japan on March 29, 2012 with releases in the rest of the world a few months later.

The game takes place after Kingdom Hearts Re:coded and the focus of the game is on Sora and Riku?s Mark of Mastery exam. During the game you have to protect various parallel worlds as you wait for the return of Master Xehanort.

The gameplay is an expansion of the gameplay in Kingdom Hearts Birth by Sleep and takes advantage of the 3D features of the Nintendo 3DS.

The game was released in the Kingdom Hearts HD 2.8 Final Chapter Prologue collection for the Sony PlayStation 4.

While previous Kingdom Hearts games featured music exclusively by Yoko Shimomura the Dream Drop Distance soundtrack was a collaboration between Yoko Shimomura, Takeharu Ishimoto and Tsuyoshi Sekito. Remixed tracks from the World Ends With You are also included in the soundtrack.