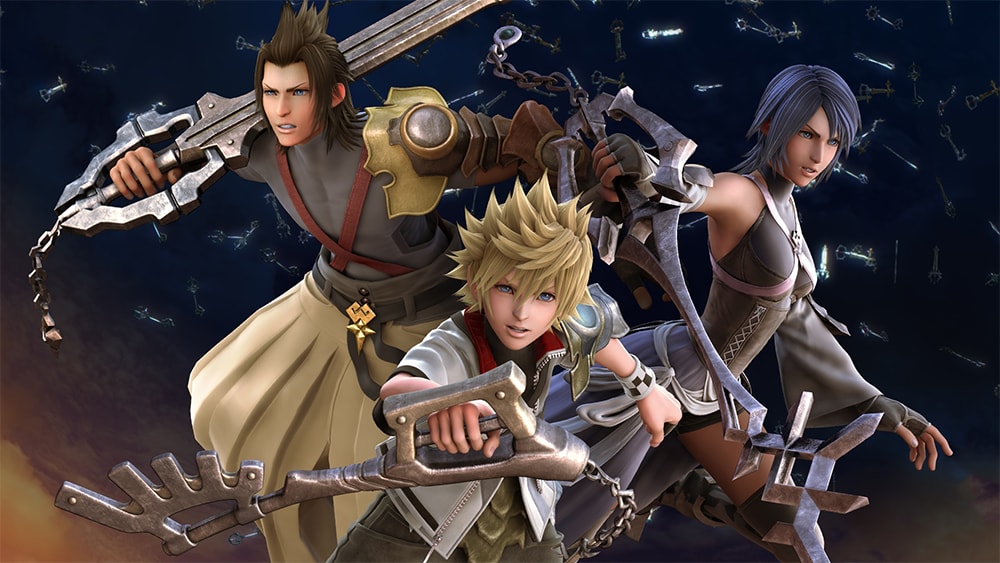 The gameplay is similar to previous Kingdom Hearts games however it follows 3 separate characters (Terra, Aqua and Ventus) for 3 separate scenarios. The game also introduced a new system called the Command system where players can customize a deck with various commands that can be used during battle. The story also takes place before any of the other previous Kingdom Hearts games.

The soundtrack for Birth By Sleep, like the rest of the Kingdom Hearts series was composed by Yoko Shimomura.