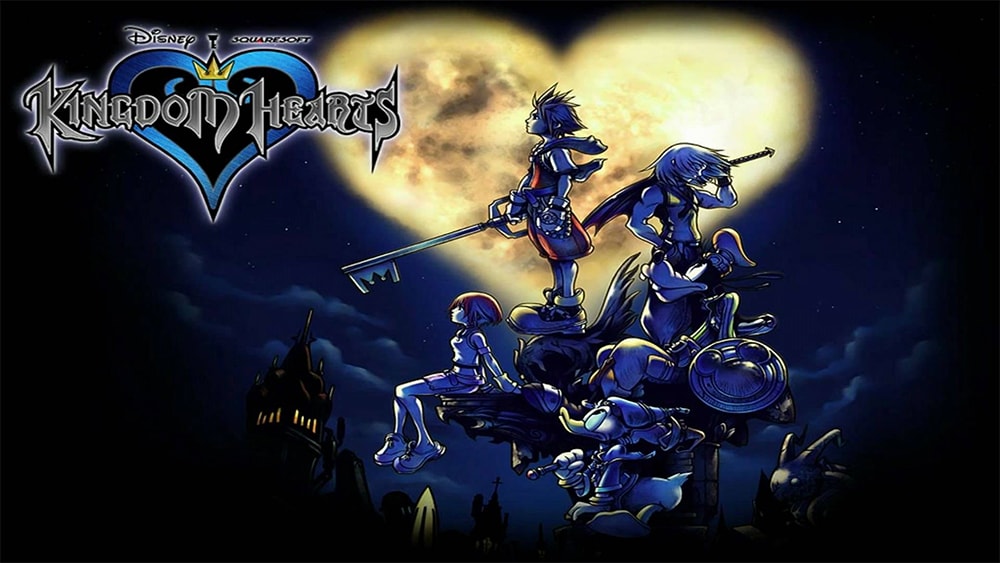 Kingdom Hearts was the first game in what would become an incredibly popular and successful video game series. The game was originally developed by Square (now called Square Enix) in 2002 for the Sony PlayStation 2. The game was a collaboration between Square and Disney and combines characters and locations from Disney animated films with Square?s own Final Fantasy series.

Kingdom Hearts is an action RPG which follows the main character Sora who?s joined by Donald Duck and Goofy as they team up with different Final Fantasy and Disney characters to defeat the forces of evil.

The sound track was composed by Yoko Shimomura and while there are rearranged melodies from Disney movies most of the soundtrack is unique to Kingdom Hearts. The theme song Hikari (Simple and Clean in the English version) was performed by Hikaru Utada and because incredibly popular, the single going on to sell over 860,000 copies in Japan.