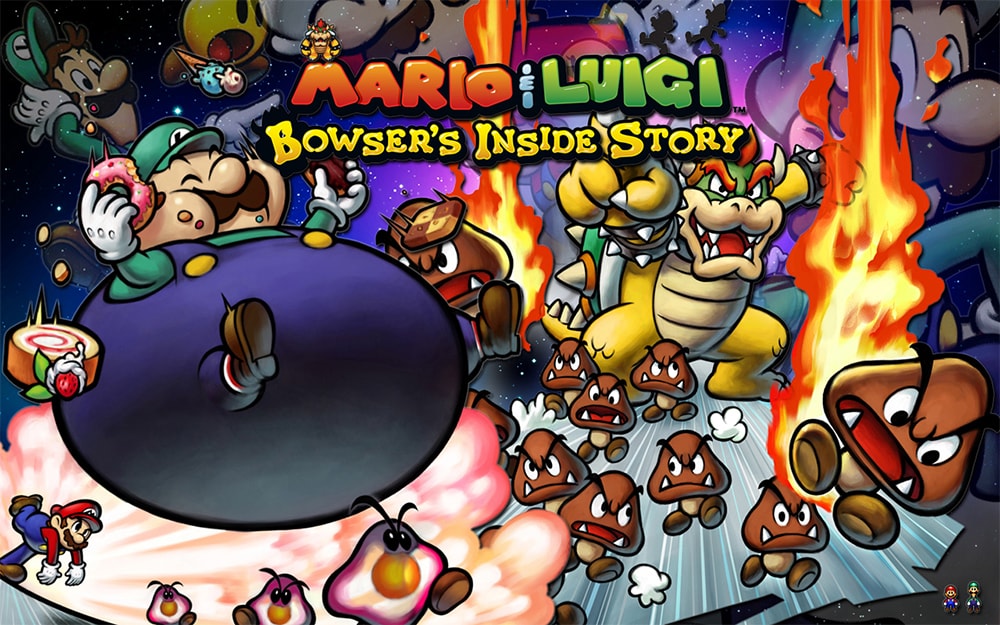 Mario & Luigi: Bowser?s Inside Story is the third game in the Mario & Luigi RPG series. It was developed by AlphaDream and published by Nintendo originally releasing in Japan on February 11, 2009.

The story of the game involves Mario and Luigi both being inhaled into Bowser?s body. The have to help Bowser from within while he does battle with an enemy called Fawful who has taken over the Mushroom Kingdom. The gameplay revolves around the two brothers cooperating to solve puzzles and battle enemies.

Yoko Shimomura composed the soundtrack for this game like she has done with the rest of the games in the Mari & Luigi series.