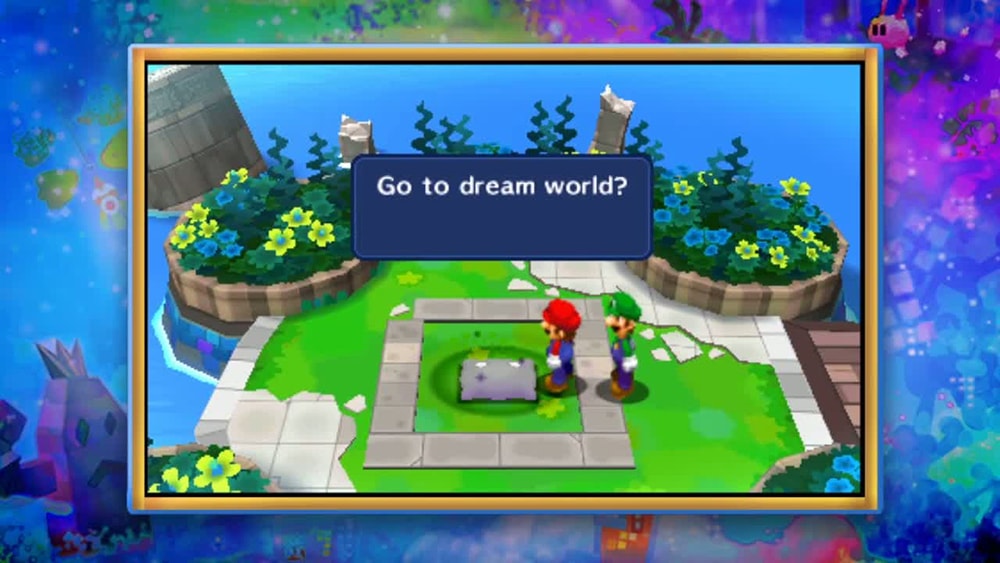 This game features similar gameplay to past titles where you control both Mario and Luigi and use different buttons to control each character. The game takes place on Pi’illo island and in order to rescue the denizens of the island who have become trapped in stone pillows Mario has to enter the Dream World through Luigi’s dreams.