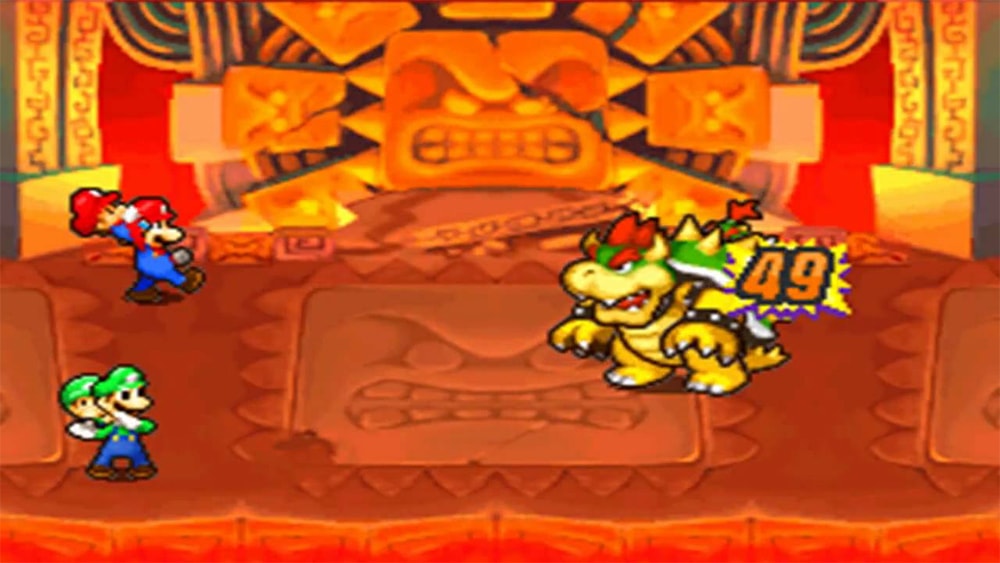 Mario & Luigi: Partners in Time is the second game in the Mario & Luigi RPG series and was released in 2005 for the Nintendo DS.

The game involves the characters Mario and Luigi traveling through the past and present of the Mushroom Kingdom in an attempt to rescue Princess Peach who has been abducted by aliens called the Shroobs. The characters must cooperate together in order to solve puzzles and fight battles.

Despite having a much darker tone in it?s plot the game was praised by critics for its excellent characterization and comical style. The soundtrack is excellent as well and was composed by Yoko Shimomura.