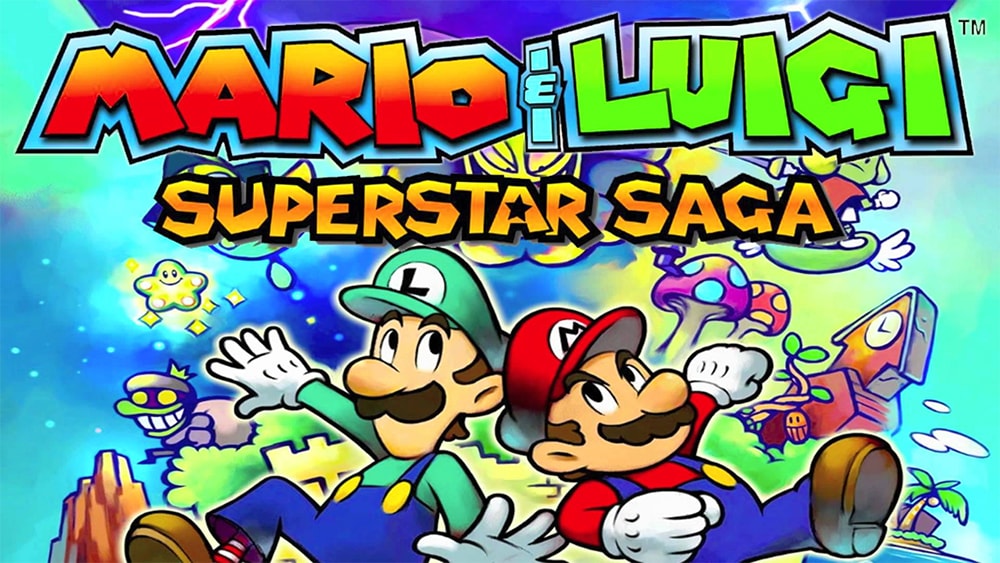 Mario & Luigi: Superstar Saga is the first game in the Mari & Luigi RPG series developed y AlphaDream and published by Nintendo. It was released on the Game Boy Advance in 2003. The game was re-released on the Nintendo eShop in 2014.

The game takes place in the Mushroom Kingdom like most Mario games but most of the game is spent in a new location called the Beanbean kingdom. The player controls both Mario and Luigi together and they must cooperate to solve puzzles and defeat enemies as they combat Cackletta, the main enemy in the game. Cackletta with the help of her assistant Fawful steal Princess Peach?s voice and it?s up to Mario and Luigi to get it back.

Yoko Shimomura who composed the music for Super Mario RPG was invited to compose this game?s excellent soundtrack. She later became the composer for the entire Mario & Luigi RPG series.