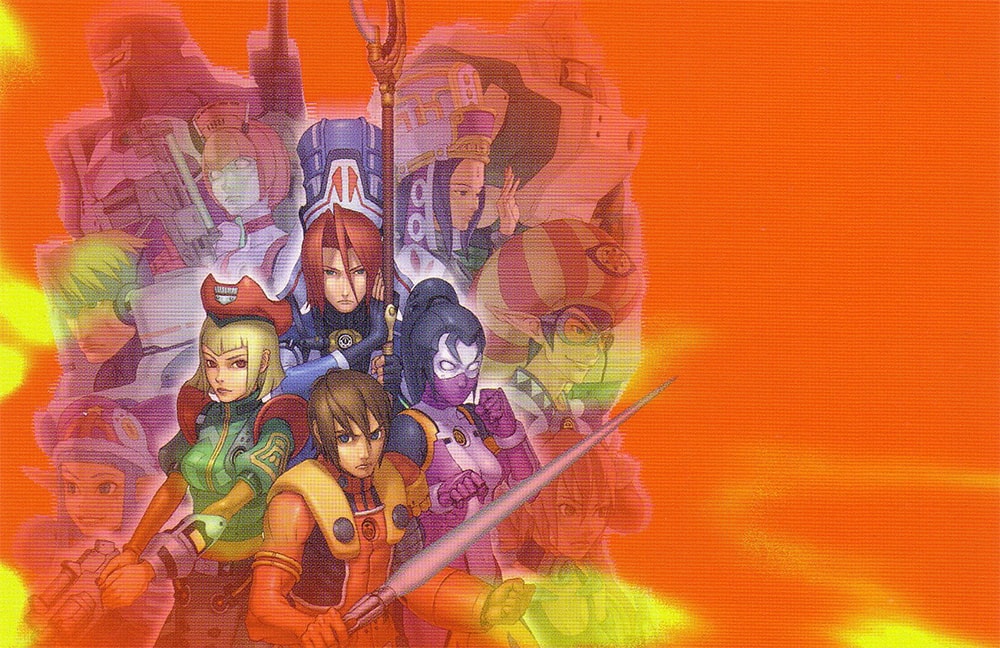 Phantasy Star Online Episode I & II Premium Arrange is a special album of arranged music from the game Phantasy Star Online Episode I & II. Some of the tracks differ greatly from the original and it doesn?t contain arrangements of every song from the original soundtrack but does contain arrangements from several different composers such as Yoko Shimomura who arranged one song on the alum together with Satoshi Iwase.

Phantasy Star Online Episodes I & II was a semi-online action Science Fiction RPG produced by SEGA for both the Nintendo GameCube and Microsoft Xbox. It was released in September 2002.

The game is broken into two sections titled Episodes I and II wth their own unique plots. Episode I involves a colony on a planet called Ragol. An initial colony has been established and the ship Pioneer II arrives to begin further colonizing the planet. When it?s getting ready to land an explosion on the planet cuts of all communications with the initial colony. The player then creates a warrior who is part of a group called the Hunters to land on the planet and investigate what happened while exploring and fighting through 4 distinct areas, the caves, forest, ruins and mines.

Episode II involves exploring a laboratory on a different island while looking for a military commander who was assumed to be dead. Episode II has similar gameplay to Episode I but adds in 7 new areas: a temple, spaceship, mountain, seaside, seabed, jungle and the central control area.

The game has an action battle system where you make fast and slow attacks and can chain them together to make combos.

A longing to ancient times PART 1: Arranged by Yoko Shimomura