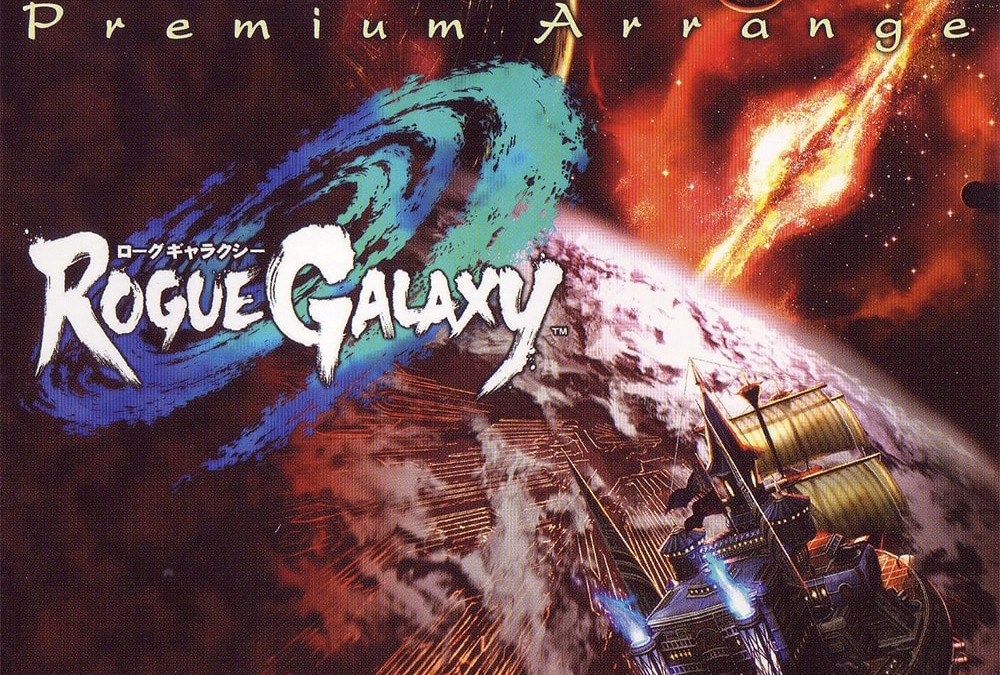 Rogue Galaxy Premium Arrange is a special album featuring re-arrangements of 10 tracks from the soundtrack to Rogue Galaxy, a PlayStation 2 game produced by Level 5. The album features arrangements from several different composers such as Yasunori Mitsuda, Shinji Hosoe, Kenji Ito, Takayuki Aihara, Norihiko Hibino, Motoi Sakuraba and a few others. Yoko Shimomura composed one song on the album, track 5, ?THE CRISIS?.

The game?s story revolves around a character name Jaster Rogue a farmer on an isolated planet. I later becomes a space pirate and has to save the entire galaxy. Rogue Galaxy was one of the largest games ever produced by Level-5 and Sony and they had big expectations hoping it would be able to compete with series like Dragon Quest and Final Fantasy. The game did quite well but didn?t reach quite the level that Level-5 and Sony had hoped.