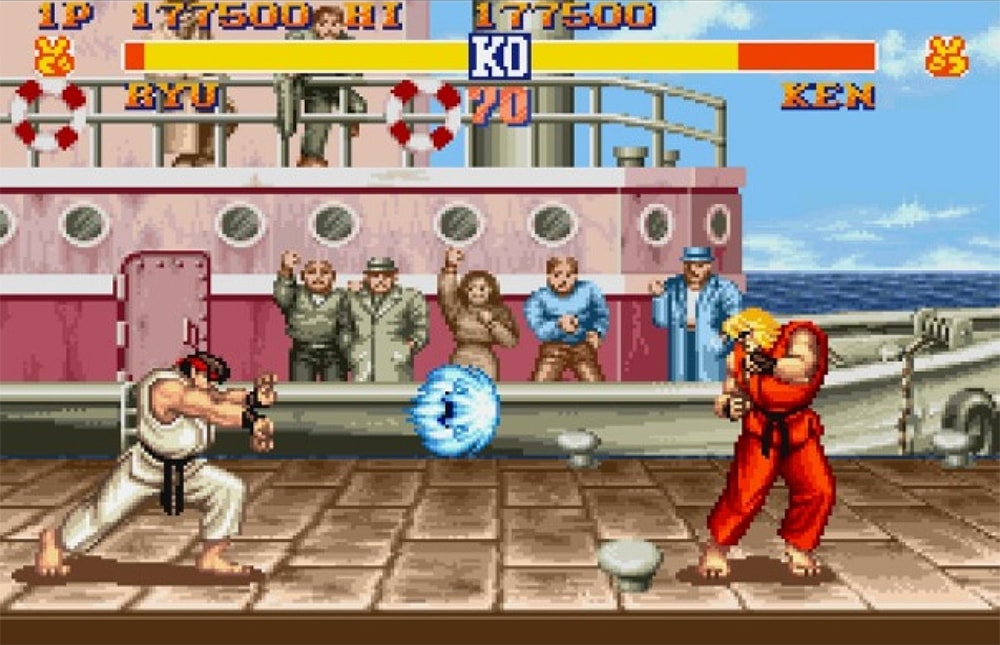 Almost all the in-game music was composed by Yoko Shimomura even though she didn?t really like fighting games. She later came to enjoy the project and said that even though Breath of Fire was her favourite game while she was working at Capcom Street Fighter II was the most memorable.