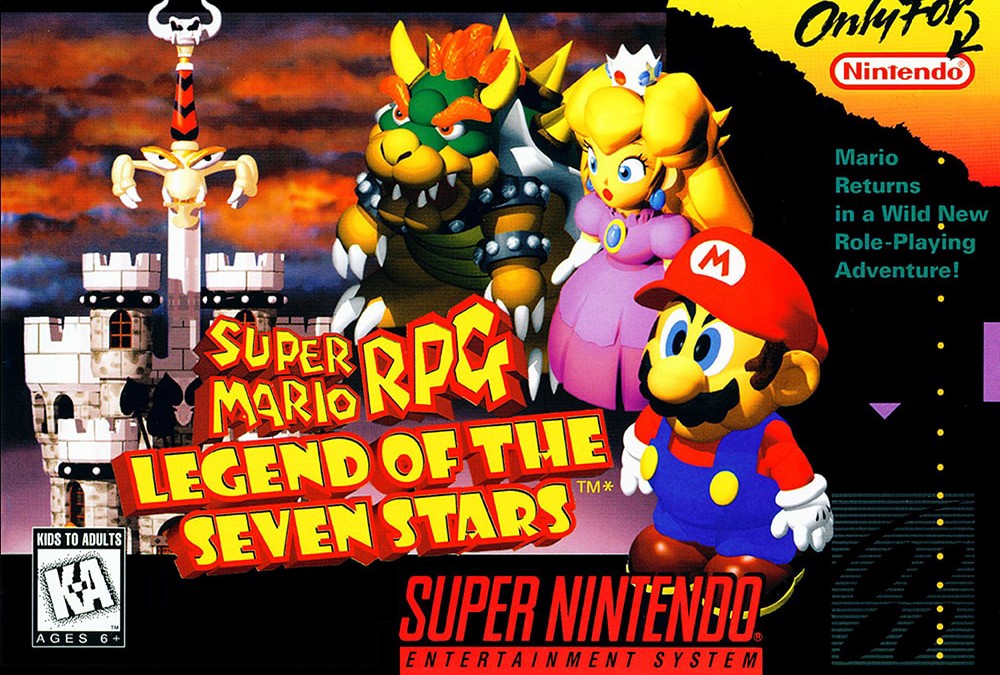 Super Mario RPG the Legend of the Seven Stars is an absolutely fantastic RPG developed by Square (now Square Enix) and released in 1996 for the Super Nintendo (SNES). The game was later re-released for the Wii?s Virtual Console in 2008. It is the first Mario themed RPG and when on to influence the Mari & Luigi and Paper Mario series.

The story revolves around Mario and his companies who battle Smithy who is attempting to take over the Mushroom Kingdom using weapons that he has created. He destroys the Star Road which means people?s wishes can?t be granted. Throughout the game you collect the 7 stars to rebuild Star Road and ultimately defeat Smithy.

The soundtrack was composed by Yoko Shimomura who was influenced by Koji Kondo?s original Mario themes. She also took influence from Nobuo Uematsu for 3 arranged tracks from Final Fantasy IV. Yoko Shimomura credits this soundtrack as one of the turning points in her career.