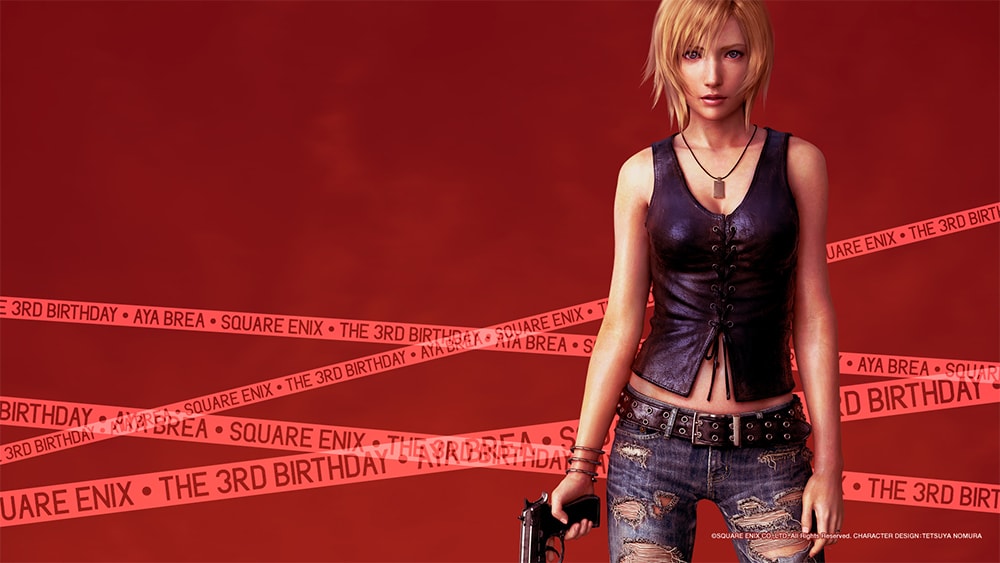 The 3rd Birthday is a third person shooter for the Sony PlayStation Portable and was a follow up to the popular survival horror RPGs Parasite Eve and Parasite Eve 2 on the original PlayStation. It was released in Japan in 2010 and the rest of the world in 2011.

The game is set in Manhattan in the year 2013. Creatures called the Twisted appeared below the city and have pretty much destroyed it. A team called the Counter Twisted Investigation (CTI) is formed and you play as Aya Brea, a member of this team. Aya was found unconscious 2 years before the events of the game and has amnesia. Interestingly enough though Aya has an ability called Overdrive which lets her travel to the past to change the outcomes of battles in the future.

The game was intended to be sort of a reboot or reimagining of the Parasite Eve series and Aya Brea character but it had mixed reviews.

The soundtrack was mostly composed by Mitsuto Suzuki and Tsuyoshi Sekito but there was additional work done by Yoko Shimomura who composed the music for the original Parasite Eve games. Yoko Shimomura was involved with the project from the beginning, back when the game was intended to be released for mobile phones.

When asked if she would like to work with anyone Yoko Shimomura picked Tsuyoshi Sekito and Mitsuto Suzuki. They would handle most of the tracks on the soundtrack while remixing old themes and keeping with the style of the original Parasite Eve games. Suzuki took care of most of the track mixing while Sekito mostly helped with instrumentation. Yoko Shimomura was the one in charge of the whole project and wanted to include a lot of themes from the past Parasite Eve games for the fans.